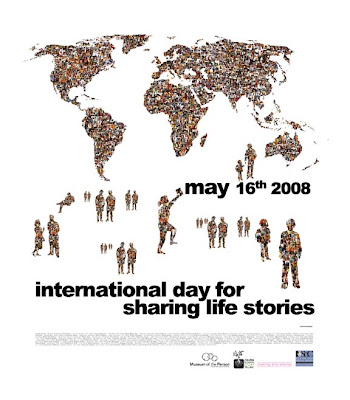 Informação recolhida do jornal The Guardian: aqui
--------------------------------------------------------------------
Reprodução integral do artigo original publicado no The Guardian:
Childish superstition: Einstein's letter makes view of religion relatively clear
Science without religion is lame, religion without science is blind." So said Albert Einstein, and his famous aphorism has been the source of endless debate between believers and non-believers wanting to claim the greatest scientist of the 20th century as their own.
A little known letter written by him, however, may help to settle the argument - or at least provoke further controversy about his views.
Due to be auctioned this week in London after being in a private collection for more than 50 years, the document leaves no doubt that the theoretical physicist was no supporter of religious beliefs, which he regarded as "childish superstitions".
Einstein penned the letter on January 3 1954 to the philosopher Eric Gutkind who had sent him a copy of his book Choose Life: The Biblical Call to Revolt. The letter went on public sale a year later and has remained in private hands ever since.
In the letter, he states: "The word god is for me nothing more than the expression and product of human weaknesses, the Bible a collection of honourable, but still primitive legends which are nevertheless pretty childish. No interpretation no matter how subtle can (for me) change this."
Einstein, who was Jewish and who declined an offer to be the state of Israel's second president, also rejected the idea that the Jews are God's favoured people.
"For me the Jewish religion like all others is an incarnation of the most childish superstitions. And the Jewish people to whom I gladly belong and with whose mentality I have a deep affinity have no different quality for me than all other people. As far as my experience goes, they are no better than other human groups, although they are protected from the worst cancers by a lack of power. Otherwise I cannot see anything 'chosen' about them."
The letter will go on sale at Bloomsbury Auctions in Mayfair on Thursday and is expected to fetch up to £8,000. The handwritten piece, in German, is not listed in the source material of the most authoritative academic text on the subject, Max Jammer's book Einstein and Religion.
One of the country's leading experts on the scientist, John Brooke of Oxford University, admitted he had not heard of it.
Einstein is best known for his theories of relativity and for the famous E=mc2 equation that describes the equivalence of mass and energy, but his thoughts on religion have long attracted conjecture.
His parents were not religious but he attended a Catholic primary school and at the same time received private tuition in Judaism. This prompted what he later called, his "religious paradise of youth", during which he observed religious rules such as not eating pork. This did not last long though and by 12 he was questioning the truth of many biblical stories.
"The consequence was a positively fanatic [orgy of] freethinking coupled with the impression that youth is being deceived by the state through lies; it was a crushing impression," he later wrote.
In his later years he referred to a "cosmic religious feeling" that permeated and sustained his scientific work. In 1954, a year before his death, he spoke of wishing to "experience the universe as a single cosmic whole". He was also fond of using religious flourishes, in 1926 declaring that "He [God] does not throw dice" when referring to randomness thrown up by quantum theory.
His position on God has been widely misrepresented by people on both sides of the atheism/religion divide but he always resisted easy stereotyping on the subject.
"Like other great scientists he does not fit the boxes in which popular polemicists like to pigeonhole him," said Brooke. "It is clear for example that he had respect for the religious values enshrined within Judaic and Christian traditions ... but what he understood by religion was something far more subtle than what is usually meant by the word in popular discussion."
Despite his categorical rejection of conventional religion, Brooke said that Einstein became angry when his views were appropriated by evangelists for atheism. He was offended by their lack of humility and once wrote. "The eternal mystery of the world is its comprehensibility."
Publicada por Incógnito à(s) 16.5.08