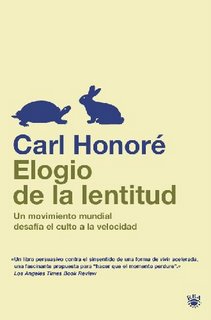 Slowlondon
http://slowlondon.com/home.php
A group of young, dynamic urbanites who push the Slow creed in London with serious intent and a sense of humour. A number of public events are in the works, but in the meantime check out their splendid web site. It has tips on slowing down, links to like-minded groups, articles from the press, letters from Londoners, a commuter blogger and a dictionary of slow terms. There’s even an agony aunt called slowcoach. If only every city had a group like this. Now there’s an idea….
.
.
Slow Food
http://www.slowfood.com/
One of the easiest and most pleasurable ways to slow down is with food, and this organization (80,000 members in 100 countries) is leading the charge. I visit the site to see what’s going on in the world of gastronomic slowness.
.
.
Slow Cities
http://matogmer.no/slow_cities__citta_slow.htm
Moving the Slow philosophy from the dinner table to the town hall. An offshoot of Slow Food that aims to take some of the excess speed and stress out of urban life. More than 30 Italian cities have been certified as "Slow," and the movement has spread into other countries, including Britain, Germany and Norway. One of my favourite Slow Cities is Orvieto in Umbria.
.
.
New Urbanism
http://newurbanism.org/
A movement dedicated to building North American neighborhoods that encourage walking and community spirit. My favourite New Urbanist development is Kentlands, a suburb near Gaithursburg MA in the US. If I ever return to North American suburbia (which is a pretty big ‘if’), this is the kind of neighbourhood I’d want to live in.
.
.
Candle Night
http://candle-night.org/english/home.php

During the night of the summer solstice (June 21), people across Japan turn off the electricity for two hours. The idea is to do slow things by candle-light - read, eat together, meditate, whatever reconnets you with your inner tortoise.
Do something special--Read a book with your child by candlelight. Enjoy a quiet dinner with a special person.
This night can mean many things for many people.A time to save energy, to think about peace, to think about people in distant lands who share your planet.
Pulling the plug open the window to a new world.Awakens as to human freedom and diversity.
It is a process, finding a larger possibility of the human civilization.
By turning off lights for only two hours, we will be all loosely connected.
Let's make a "wave of darkness" spread over the globe together.
On the evening of Summer solstice, June 21st, for two hours from eight to ten p.m. Turn off the lights, take it slow.
.
.
Journée de la Lenteur
http://journeelenteur.ca/
Montréal switches into tortoise mode on June 21, with loads of activities to help the locals slow down.
.
.
The Society for the Deceleration of Time
http://zeitverein.com/
An Austrian-based group that promotes living, working and playing at the right pace. It has members all over central Europe. What I like best about them is their sense of humour. Sometimes they run speed-traps for pedestrians in city centres. Anyone caught walking too fast is pulled over and asked to explain their haste. The punishment is walking 50 metres while steering a tortoise marionette along the pavement. Most people love being stopped, and some even return later in the day to walk the tortoise a second time.
.
.
Slow Dating
http://slowdating.net/
You've heard of Speed Dating. Well, now the backlash has begun. Slow Dating has hit the ground running (slowly) in Montréal, Canada.
.
.
Slow Life
http://slow-life.net/ 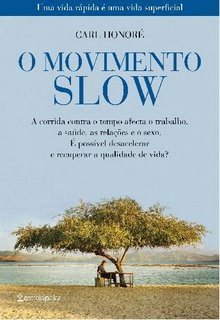 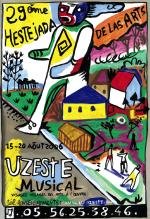 Boom Festival is a global art, music and culture gathering held every two years in Portugal’s sun-drenched countryside in a stunning outdoor location on the shore of the Lake Idanha-a-Nova.
Bringing together the latest in psychedelic audio and visuals, art installations and workshops this week-long event is a harmonic convergence of people, energy, information and philosophies from around planet Earth and beyond.
Synchronized multi-dimensionally with the full moon of August the next incarnation of the Boom is taking a bio-dynamic approach by incorporating a variety of sustainable techniques and Earth-based forms throughout its infrastructure.
Reflecting a harmonic balance of the organic and the cyber-technologic, Boom 06 maps the metaphysical framework in accordance with Peace, Love, Unity and Respect.
The tone is set for a transformative experience in celebration of the perpetual cycle creation and re-creation - from the Beginning of the Whole to the Eschaton.
Boom “city” is located at an unspoilt ranch on the shores of the amazing lake of Idanha-a-Nova. Boom “city” stretches for about 3km of the lake’s shore. So you can learn, dance, enjoy and swim simultaneously.
Set amongst the beautiful surroundings of the central north of Portugal, Idanha-a-nova village is just a few kilometres away from the lake.
A magic place filled with energy ready to become the active centre of the psy-community and ready to support the Boom “city”.
This magnificent place is characterized by its biggest asset: billions of fresh crystal clear water. This mountain top lake serves as a mirror to the sky’s full moon and also as a guarantee for the survival of the local agriculture and delicate nature. Granted the honour of being part of Natura 2000. Surrounded by endless fields and cork trees.
Historically this is the region with the oldest Portuguese culture. From the Boom location you can see in the horizon the oldest village in Portugal, Monsanto just 15 km away.
Idanha-a-Nova (a village with about 3000 residents) is 50 km from the Spanish border and 35 km from the city of Castelo Branco in Portugal. The Boom location is (by car) 288 km from the capital of Portugal, Lisbon.


* Earth First! Summer Gathering ( 16 a 20 de Agosto) no País de Gales
For anyone interested in direct action for people and planet. This is not a festival but a chance to meet, discuss and plan.
Food provided by Anarchist Teapot - 3 vegan meals for £4 a day. £15 to pay for running costs. There will be talks, stalls, workshops, kids space, teens space, camping areas. No dogs. If you would like to help with the gathering, give workshops, etc contact soon.