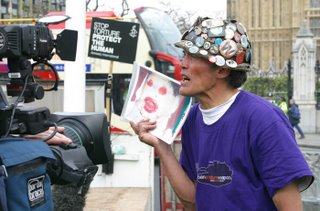 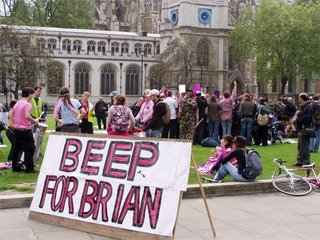 
Is there any future for independent bookshops? Earlier this month, six went out of business in just one week. Those that still survive know they can never match the huge discounts offered by Amazon, supermarkets and chains such as Waterstone's. Yet when Stephen Moss toured the country to visit this 'dying breed', he found a group convinced it can fight back.


The novelist Susan Hill infuriated independent booksellers earlier this year by arguing that some small shops don't deserve to survive. She had visited three - one that was being run down, one run by a man who clearly knew nothing about bookselling, the third owned by a "witch" who appeared to hate selling books. "Whenever I hear people shouting, 'Save the village store', I wonder if they have been in one lately," Hill wrote. "And the same goes for bookshops."


Oldfield Park Bookshop
43 Moorland Road, Bath
Harry Wainwright, who started the Oldfield Park Bookshop in 2002, is an old Waterstone's hand. "I joined in the champagne days of 1988," he recalls. "There were 20 shops and Tim [Waterstone] knew everybody by name." Wainwright worked first in Dublin, then in the large Bath Waterstone's, which he managed from 1990-95 before getting a job in head office managing all the stores in the south-west of England.
He quit Waterstone's in October 2001. "It was a crossroads," he says. "I'd reached a point where you think it's down to priorities. Waterstone's had become very centralised and I didn't think it was going to change back, but did I want to work for another organisation? I couldn't leave the book trade - I just loved bookselling - so I decided to strike out on my own."
Why Oldfield Park, a suburb a mile south of the centre of Bath? "City centres are mostly volume-driven now unless you've got something that's a real niche," he explains. "Market towns made me nervous because you have to think, 'How do head offices see the world?' They see it in terms of cities and market towns, whereas Waterstone's would never think of opening somewhere like this. But there's a busy passing trade and a lot of young professional people live here, which is our core market."
Wainwright toyed with discounting a couple of years ago but gave up when he realised that a Nigella Lawson book he had bought at a 50% discount - high for an independent, which usually gets 35-40% - was being offered for less than that in supermarkets. Now it's all about quality of service - "even at Christmas we make sure we can spend 20 minutes with a customer" - and building up a nexus of local buyer-supporters.
"About half of our turnover comes from a very small group of customers," he says, "to whom I am undyingly loyal. They'll be a couple of hundred, many of whom I know by name. They're really buying into what we are trying to do. It's an old-fashioned kind of retailing - people who like to be known. A lot of them become friends and you take an interest in each other's lives.