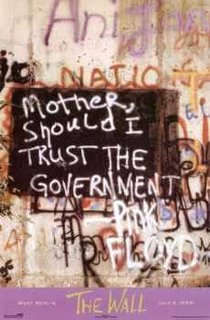 This second and most famous part of the "Brick in the Wall" trilogy continues with the narrative line and themes begun in "Happiest Days of Our Lives." In Part 2, the school children create an anthem of youthful unrest in response to the harsh treatment of the cynical teachers. Since its release, countless children and adults have adopted "ABITW 2" as an anarchistic hymn using it to strike back against years of educational oppression. While some apply the song's biting lyrics to specific kinds of schooling, others use it as a rallying cry against any government mandated form of education. Largely as a result of this latter utilization, many countries around the world have banned the song from being played on their radio stations, a few even going so far as to place a national band on both the album and Pink Floyd. However, counter to these extremist views of total educational anarchy, the song was written as an attack against a specific type of learning, that which Waters and countless others endured as children. The lyrics are quite specific in this effect, rebuking those teachers first described in "Happiest Days" who use "thought control" and "dark sarcasm" to mold the school children into mindless drones of society. While there seems to be no specific allusion to Aldous Huxley's Brave New World, there are certainly parallels between Huxley's vision of future "education" and the rote learning of Pink's teachers. As previously mentioned, Huxley's novel presents children learning largely through hypnopedia, a process of repeating fundamental lessons to each child as he or she sleeps. Although the specific lessons depend upon the child's social status, there are certain governing "truths" that are taught which all must abide by. The outcome is a loss of individuality and the molding of each child into identical cells in the body of society. Though the educational system Waters is speaking out against is not as subliminal as Huxley's vision, the effects are the same, producing social clones who know the definition of an acre yet who cannot produce an original, imaginative thought throughout the majority of their lives. The opening lyrics illustrate this in the fact that "we don't need no education," is both a double negative (We Need Education, in the sense that certain types of education are good…they keep people from using double negatives! :-) ) and it's a specific cry stating "we don't need THIS TYPE OF education." In this sense, "ABITW 2" is not so much a song about complete revolution as it as an anthem about reclaiming stifled individuality; it's a criticism regarding the types of teachers and systems that ridicule an imaginative child for writing poetry, as in Pink's case. 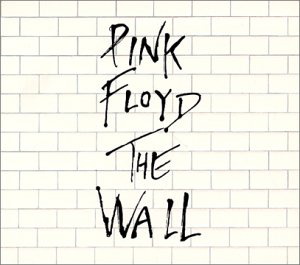